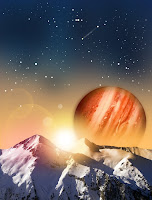 There is a dramatic period of change coming upon us . . . do you feel it?

I do. And it alternately thrills me and terrifies me. Such is my relationship to change.

We are preparing to enter a new phase of existence. A period of astrology that indicates a vast shift that involves our country, the planet and pretty much everyone and everything on it. It is not something to be afraid of — but does it sound like mumbo-jumbo to you? It certainly would have to me, not so long ago.

Like many things, when I first heard them, my mind said “what? – no way.”

And then I thought about them; my experiences augmented my understanding; and instead it was “Ah-HA!” Think back; is that true for you?

When I was pretty young – about 21 years old — I worked as a secretary at a law firm in Boston; a big-time law firm, my desk on the 36th floor overlooking the ocean — and I worked for two incredible, brilliant women. One of them was an up-and-coming associate, and though I respected her, and liked her, I still didn’t give her thoughts and opinions the weight that I gave my “senior” partner.

One day she mentioned that she had stopped eating meat for the environment. Well, this was a while back – 1988-ish – and I thought that was gibberish. “Well,” she stated — without any malice or edge to her opinion — “It takes 2,000 gallons of water for each pound of beef . . . and so I’ve stopped eating red meat.”

But actually – it does. You’ve got to give water to that animal as it grows; plant, nurture, harvest and process it’s food; deal with it’s excrement; and then – when you kill the animal, there is a lot of water involved in dissecting, processing, packaging, and cleaning up the mess.

Two thousand gallons per pound actually sounds like an understatement.

But at the time, my mind was not open; whatever contradicted my mindset at the time, I immediately placed in my own mental garbage pile. I was not prepared for my concepts, my ideals, to be challenged. My own sense of self was not even completely formed. How could my mind do battle with anything foreign? I just wasn’t equipped.

It was like that with astrology. I mean, really – reading the stars? Watching the planets? Okay – reading the daily horoscope, that was acceptable – but really getting into the movement of the planets, signs, houses? Absurd!

Then I read “Autobiography of a Yogi” by Paramahansa Yogananda. Which, if you read it, is not at all what you would expect. Yoganandaji is so honest in his failures, so humble in his glories. There is so much great information in this book, and there is an excellent chapter entitled “Outwitting the Stars.” In it Yoganandaji says to his teacher “I don’t believe in astrology.” And Sri Yukteswar’s response is fantastic: “

It is not a question of belief; the scientific attitude one should take on any subject is whether it is true. The law of gravitation worked as efficiently before Newton as after him. The cosmos would be fairly chaotic of its laws could not operate without the sanction of human belief.”

He goes on to explain astrology in a way that makes it real; that ties it together with why we exist; where we came from; and where we’re going. It opened my mind to the possibility, and I decided to look a little deeper.

Have you ever admired a glorious full moon? Really beautiful, isn’t it? And it is really just a reflection of the Sun; without the Sun, we would never even see it. 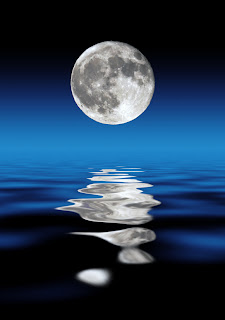 That Moon – one very small celestial body in the vast sky — has the power to move the oceans on this planet, and create the tides; you yourself are almost 75 percent water – it effects you, too.

Now ponder – it takes a MILLION Earths to reach the equivalent size of the Sun; a MILLION.

Astrology gives us that insight into where, when and how. And now – big change is coming.

It is not random, and whether it is positive or negative will depend a lot upon your viewpoint, and your astrology.

Don’t let your cultural programming take over. Investigate; then decide.

2 Replies to “Time of Change”