Last week, I sold the children’s swing set. It was a really nice one, with a little tower thingy and three swings; tiny little climbing wall. I remember when we first purchased it. I wondered why I had waited so long; it was magic the way all children would run to it, mostly wanting to swing. Swinging is a lovely, rhythmic way of releasing tension, at least for me; I still love to swing, so I always understood the draw. 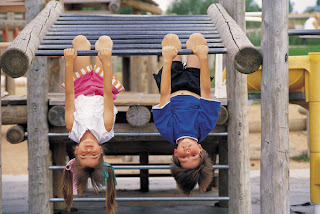 But in five short years, the children have outgrown it; probably this Summer was the first lonely Summer for the swing set; the first time it was wished away to make space for soccer and tag.

It feels like a turning point in my parenting life; there was the time OF the swing, and there is the time AFTER the swing.

The children are 13, 11 and 8; each within a few months of a birthday. No more babies in this house; nor toddlers; actually, only one child.

So, I like to think I sorta understand where that is and what that is for them, because I’ve been those ages before and had some of those growing experiences. The question is: what is it, where is it, now, for the adult middle-aged (eek!) woman. You know, me.

I was telling a friend recently, that it’s like climbing a mountain; at this point in parenting, you catch of glimpse of the vast horizon; of a space that isn’t just nose-to-the-trail. During the years of babies; of diapers and runny noses; of learning to do everything, EVERYTHING from walking to talking.

Not to mention just plain trying to keep those creatures ALIVE.

And, suddenly; that’s not your role any more. Even if you thought of your parenting-self as a sculptor; a painter; someone who had a hand in or a major role in their development; the reality is – they are who they are. What you’ve said and taught means very little compared to what you’ve done and what you’ve conveyed with the very essence of your being.

And whether you think you rocked it, or if you just barely escaped, it really doesn’t matter – it just . . . IS. There are no do-overs in this incarnation.

Leaving the grocery store the other evening I ran into a former student; I was rushing home to the children as she ambled into the store. We exchanged hellos and when I asked how she was, she shrugged and said “empty nest now . . . go home and hug your children.”

There’s a really big space in my back yard right now; which I hope is filled with running teenagers, and soccer balls, and who-knows-what after that.

Might be a good time to remember that some day, there might be an even bigger space in my life.