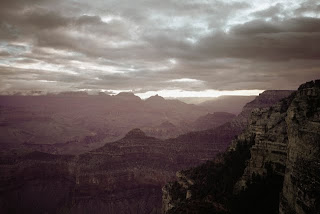 “Death is a natural part of life.

Rejoice for those around you who transform into the Force. Mourn them do not. Miss them do not.

Attachment leads to jealousy. The shadow of greed that is.” — Yoda

Death. Transitioning. Leaving the Body. Whatever you call it, we humans struggle. The unknown terrifies us. We read books, we talk to people who seem to know what happens – but when the illness comes, once the body drops, we retreat to fear and trepidation. What happens? Where do we go? Is there a soul storage place for “good” ones and “bad” ones? Who defines good and the bad? And what about the rest of us that are neither good nor bad, but just somewhere in between? Yogic philosophy has helped to evolve my understanding.

I am not telling you what to believe; I am not even telling you things that I know beyond a doubt. I am telling you what I have been taught by wise people that I trust; what makes sense in my mind in my life (so far); and what resonates with my own soul experience as a seeker.

There are six major schools of yogic thought, and the Kriya lineage flows from the Sankaya school. There is one Divine Creator; one God. We are all a part of that Divine Creator. In the same way that water is all WATER. Even though some of it might create an ocean, and some might be sweat, and some might be an ice cube in your soda (organic, all natural soda, right?). It’s all still water. Separate out that ice cube, and it looks so different. Return it to its source, and it effortlessly merges with it. Our spirits, they are like that.

Might be a good time to define the difference between spirit and soul. In Kriya Yoga, the spirit is the actual piece of divinity that is your essence; the soul is the storage place of memories, and karma.

On the Earth plane, there is duality; that divine portion of us, spirit (in Sanskrit, purushra) and the matter (Sanskrit, prakrati). Matter includes everything you can see, as well as thought forms, etc.; everything that is NOT spirit, is matter.

At some point, we, as spiritual beings, a portion of the spiritual whole, found a being more balanced than any of the others we had ever met; more balanced than ourselves. We asked this divine being, how did you come to being so balanced? In such a pure state of deep knowledge of yourself? And he/she told us, look, I made a creation; a mirror in which to come to know myself; this Universe. And we, being curious, asked if we could take form to come to know ourselves; to enmesh ourselves in matter to experience this creation. And we did. And as we did so, we became very attached to our earthly existence and the physical pleasures and sensations of this realm. The more attached we became, the more we continued to draw ourselves back here.