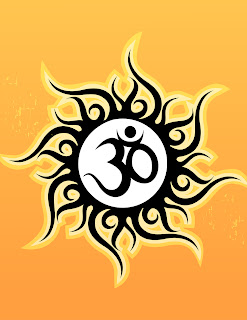 People throw it around; mention it at random. But yet, most people have no idea of the power of this law of the Earth plane.

Karma is more powerful than gravity. Take a moment to ponder that.

Why? Well, because karma is going to follow you from the Earth plane. Gravity; probably not.

Karma is not a specific religious concept; it is a Law of the Universe, but not a law of punishment. It goes like this: Whatsoever you do, think or say, comes back to you.

Okay; pretty simple: whatever you do, think or say, comes back to you.

Yeah. Sorry about that.

Because karma is real; it is a valid method of soul development, and it’s happening to you right now. Some karma jumps right up in your face and presents itself; other karma comes forward later in life; other karma has to wait for the right set of circumstances to teach you – which may be in another life.

I have a personal story; my young son stole something. I won’t go into details, this is the Internet; let’s just say, it was a serious matter.

I did what all good, evolved yogi-parents do: I absolutely, totally, freaked out. (Ooops.)

Well – okay, it wasn’t the best approach; but I was devastated. He is such a good child; such a joy to a mother’s heart; it felt crushing.

Back to the concept of karma. Not long after these dramatic events at home, we attended a school event –a party of sorts, where you purchased tickets for certain games or activities. And my son – he was having a great time.

He played a game, and was given a certificate for a free ticket; which he promptly took to the money desk. He extended his certificate, and was given two tickets – they were joined together, it was almost like they went together – but he stopped and he said “No – I only won one ticket.” He ripped them apart, and returned the extra ticket to the parent in charge. Her eyes widened, and another parent took note. “No!” She smiled broadly. “You are such an honest boy! You take this extra ticket, you deserve it for being honest.” Another parent chimed in “Good job, Mamma, for raising him right!” My smile was less than enthusiastic in light of recent events. But it felt like a cathartic exchange.

It was an important lesson, for us both. But another was coming our way.

That same afternoon, we decided to head to the swimming pool; it was very, very hot; the pool had just opened; and, having reached the luxurious mothering stage of being able to lounge poolside and read a book, it sounded like a lovely way to spend a Saturday afternoon.

At the pool, my son began to play with a little fabric ball that our babysitter had left in the swim bag last year. It was nothing exciting; nothing expensive; he was having a marvelous time, all by himself; tossing the ball into the pool, and jumping in after it.

I watched him toss it in, and jump in after it, and with just a glance toward my book, he yelled “Mommy, my ball – it’s gone!” And, well – DARN! – he was right. I got up and walked around; there were not a lot of people there; I had seen him throw it right into the pool — and that ball, it was NOWHERE. We checked the drains, walked around the pool – it was gone. I told him I was sure it would turn up, and went back to my book.

Shortly thereafter, I glanced up to see a preteen girl in the pool, shoulders shrugging, surrepticiously showing her friend – she had his little fabric ball. She glanced around to see if anyone was looking, and, catching my eye, it disappeared down into the water. About 20 minutes later, she began to toss it with a friend.

As I noticed the ball being tossed about, I called to my son – “Hey, there’s your ball, go ask them for it.” – because it is important for him to be able to stand his own ground in life. He approached them, asked for his ball back, and she said, “NO!” – That it was her ball, that she had “a bunch of them.” He looked at me, and I shrugged.

At the next adult swim, he emerged from the pool. He was not overtly upset, but you could tell it bothered him.

“How does it feel,” I queried, “to have someone take something from you?”
“Not good” he mumbled.
“Remember” I said, “remember how this feels. This is your lesson.”
“Yes,” he said.
And that was that.

This is a small event; but the lesson is important, and it is real.

We are all creating our own reality; we are all learning lessons in every moment, in every exchange; everything beautiful and everything horrible; the magnificent and the mundane; all that we experience here.

Can we be wise enough to see our own creations? Wise enough to see the karmic patterns . . . to act according to the law of this Earth plane, and shift our thoughts . . . our words . . . and our deeds? To decide to sow precisely what we shall harvest?