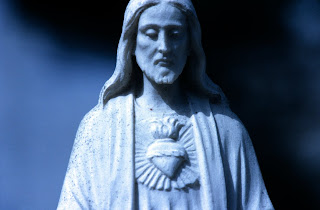 Hello kind blog readers: The following is a letter that I wrote in response to one of the several articles that appeared in our local newspaper over the past few months where certain sects of Christians expressed the view that yoga was a negative and . . . um . . . devil worship.

In order to get my sadness and anger out, I blasted out this response. After thinking about it, I decided not to fuel the flames (not to mention give their accusations any credit), and so I did not post this letter. Recently, however, I have re-read this response and decided . . . it wasn’t too bad. In fact, I want to put forth and document my opinion, in a response to those who claim yoga is evil, or negative in any way.

Recently you announced that you think Christians who practice yoga should stop because you consider it to be against the tenants of the Christian faith.

My first inclination was to ignore you; I think that when people make declarations such as this, with such obvious lack of knowledge or facts, I kinda don’t like to dignify them with a response. But, the more I think about it, you need to not be ignored, but refuted.

In the same way that all Christians are not people who choose to categorize individuals or groups of people into “saved” and “damned,” all who practice yoga are not converting to other religions, or turning their back on their Christian faith.

Please include this caveat in what I say – there is absolutely nothing wrong with other religions or ways of seeking God. Um, you might have heard this, but I’ll remind you that Jesus was Jewish. 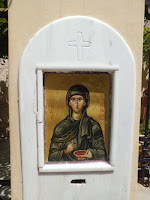 I am in the midst of figuring out what it is I believe, and how best to serve God through my beliefs. I love to chant in the Sanskrit language, because it helps to turn off my brain and turn on my heart. Christian hymns about how I’m a sinner and saved only through the death of a saint just don’t help me to find God.

Being spiritual is much more important to me than choosing a label or a religion; religion is a structure made by man for and to serve man, not necessarily to serve God.

I particularly feel the need to stand up for Hinduism, which is completely misrepresented and misunderstood in this country. There are many sects of this ancient religion, and I don’t pretend to completely understand it (of course, I can’t say I completely understand Christianity, the religion I have practiced since birth). But I will say that many people think that Hindus worships a series of Gods when most branches of Hinduism only worship the different aspects of God, in the same way that Christians revere their trinity of the Father, Son and Holy Spirit.

No one has yet to accuse you of worshipping doves. 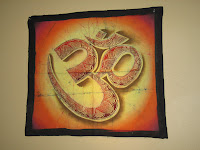 What is Yoga? Yoga is not a religion; it is a science; a system for solving human problems. It is a very ancient, proven system for improving one’s life by first becoming morally accountable for all actions – physical, mental and verbal — and improving one’s life by disciplining the senses and mind. By attaining heath and equilibrium in the body, which is the temple, for it houses your spirit. By gathering the invisible forces of energy that flow through your body; and allowing you to raise those energies to the highest possible places, so that you can connect directly with that spirit, that higher power – God, the Divinity, Great Spirit, whatever it is that you call the highest of high.

I am wondering if perhaps your greatest problem with this is that it tells people that they do not need a guide to God; they can find God on their own.

For many people in this country, practicing yoga is simply an exercise class; it’s a way to get strong, and more flexible. And that’s totally fine. For many of us, the practice of actually inhabiting the body, of studying the mind has led us down a path of figuring out exactly who we are, and why we’re here. For many, it leads to you to attuning to a higher spiritual power, however you see that power.

Who are you to say that any of them are wrong?

Mr. Moyer, I invite you to take my yoga class (you might want to start with the level 1 class); perhaps if you stretch your body, and soften your heart, perhaps you might open your mind to the possibility that there are many, many pathways to God.